Your cart is empty.

Rémy in the News 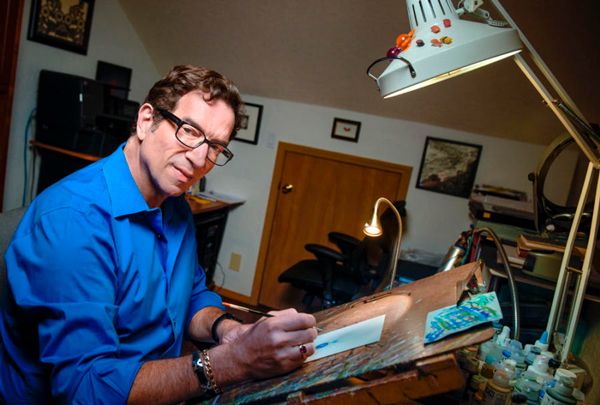 This article first ran in the Albuquerque Journal, Arts Section Page 1 on Sunday, October 29th, 2017 at 12:02am

ALBUQUERQUE, N.M. — After training in Paris and at Tiffany’s New York, Rémy Rotenier landed in Albuquerque, where he’s designing men’s jewelry for Nambé.

He still creates custom rings and pendants for upwards of $300,000. He also sells a line of affordable pieces with lab-created stones on Jewelry TV.

The French-born designer whose portfolio includes such glitterati masters as Harry Winston, went to Carlsbad Caverns and came home drawing the winged night creatures in flight.

They reminded him of his childhood.

“There’s something magical about them,” he said. “As a kid in the south of France, we have tiny ones like we have here. I thought they were stunning.

“I think they’re a magical night creature. They’re also interesting when you study them, because they send their sonar. They fly all night long, and they eat a ton of bugs. To me, they’re like little mice with wings. I love how they wake up; they spin around to get their speed, and then they take off.”

The series of bat pins and tie tacks are just the latest for this jeweler, who also boasts a series of “Silver Heels” shoe pendants with pumped tributes to Marilyn Monroe, Lady Gaga and Marie Antoinette. 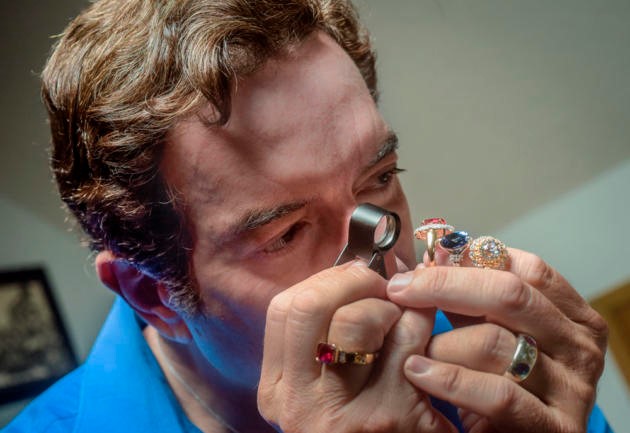 “I chose him because he has a great reputation in the industry for not only the quality and the beauty of his work he produces, but the person,” Nambé business consultant Mary L. Forté said from her New Jersey office.

“What a delight he is to be around,” she said. “To be honest with you, we met and then everybody else fell away. It was like a match made in heaven.”

Available in stores by spring 2018, the pieces will imbue the contemporary, clean lines familiar to the company’s alloy designs.

“He totally understands that,” Forté said. “He’s gone to all the stores, seen all the lines.”

The former artistic director of Kabana, owners of Matí jewelry in both Santa Fe and Albuquerque for 12 years, Rotenier grew up in Paris, where he voiced his aesthetics at an early age.

“As soon as I could hold a pencil, I was drawing.”

At 19, he was studying at a gemology school at night and with an experienced designer during the day. He earned his bachelor’s degree in jewelry design at the L’école du Louvre.

He prefers his canvases small.

“It brings together in the smallest, concentrated object many, many things,” he said of his love of metal and stone, ” – tradition, craftsmanship and gorgeous materials from nature.”

A band of white gold set with a single diamond, ruby and sapphire gleams across his left hand.

“It’s because I’m both French and American,” he said.

Rotenier designed rings and pendants for Tiffany’s for 3½ years. He got the job while he was visiting his brother in New York. He met Maurice Galli, the manager of the Harry Winston design team, who told him to show his drawings to Tiffany’s art director. He was 25 years old.

“They gave me three weeks to quit designing like a Frenchman,” he said. “I was less daring, if you will.

“At Tiffany, they taught me even if you have a $30 budget, you make something nice.”

He left the New York institution to freelance and take acting classes. Soon he was designing for QVC and for Kabana on a national basis.

The custom orders usually arrive by word of mouth. He even trademarked his own “Rémy cut” for gemstones. Its smaller “table” (the flat top) and steeper side cuts create the more glittering facets of a European stone.

He recently completed an S-shaped eel brooch of 18-karat yellow gold, yellow sapphires and white diamonds scheduled for exhibition in the 2018 New Mexico jewelry show at the Albuquerque Museum.

“That brooch and all of his style is something that is not typical of New Mexico,” museum curator Andrew Connors said. “It’s not typical in the U.S., except in the major jewelry houses. Like so many pieces in New Mexico, it came in from the outside. They’re not unique on an international scale. But they are fairly unique in New Mexico in that they represent that unique European tradition.”

A rough sketch of a custom-designed opal pendant sits on an easel in his Northeast Heights studio. He completes the sketches by hand-painting them in gouache or opaque watercolor, adding depth, shape and shadows in three-dimensional precision.Rotenier launched his own line of Rémy Designs – remydesign.net – after leaving Kabana in 2006.

“I fell in love with New Mexico,” Rotenier said. “I was on the plane. I was about to land. I was looking out the windows at the Sandias, and I was mesmerized. I didn’t even know how to write ‘Albuquerque.’ ”

Email is the best way to reach Rémy.
He responds to inquiries quickly.